The Federal Open Market Committee of the Federal Reserve announced the first rate cut to its key interest rate range since the Great Recession ushered in a series of rate cuts described as “quantitative easing.” The Fed committee confirmed a quarter-point cut to 2.00 to 2.25 percent.

Fed Chair Jerome Powell described the rate cut as a “mid-cycle adjustment” intended as a one-time boost for the economy. Mr. Powell said he did not view the cut as the first in a series of quantitative easing moves, but analysts said single rate cuts are not common.

The FOMC post-meeting statement said the decision to cut rates was based on global and domestic economic developments prompted by recent trade wars and resulting uncertainties. The Fed also cited inflation concerns connected with its dual mandate of maintaining maximum employment and stable pricing, but did not indicate urgency in its decision to reduce its benchmark rate range.

No Commitment to Future Rate Cuts

The FOMC statement did not commit to future rate cuts, but said that committee members would “continue to monitor the implications of incoming information for the economic outlook and will act as appropriate to sustain the expansion with a strong labor market and inflation near its symmetric two percent objective.” Mr. Powell said, “If you look overall, financial stability vulnerabilities are moderate.” Eight of ten FOMC members voted in favor of the rate cut.

Projections for future cuts varied, as the Fed gave no guarantees of further rate cuts and economists predicted one more rate cut in 2019. Bond market analysts expected three rate cuts this year, which was factored into bond pricing.

The Fed also announced it was ending is efforts to shrink its balance sheet and that it was important for the Fed to buy Treasury bonds in the open market as mortgage assets move out of the Fed’s balance sheet. This move was expected to stabilize the market.

The FOMC statement concluded with the Committee’s consistent commitment to  assess real and expected economic developments and to review global and domestic developments along with readings on economic and financial trends as part of its decision-making process. The FOMC outlook is flexible and subject to change as events warrant.

What's Your Property Worth? 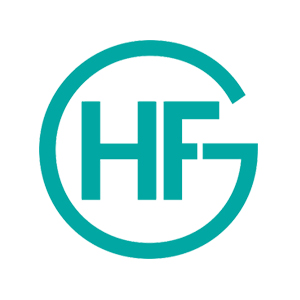